It’s probably fairly obvious that the smartphone has been the most impactful technological innovation of the past two decades. Few technologies have influenced daily life as much as the always-connected supercomputers we carry in our pockets. The smartphone has changed how we communicate, work, shop, travel, consume media, date, socialize and take pictures.

Most people think of the first iPhone as the product that triggered the smartphone revolution. There is some truth to that. The iPhone’s revolutionary touch UI and its all-screen design made smartphones accessible to mainstream users. However, the first smartphones became available over a decade before the iPhone. While they had mostly clumsy UIs, many were superior to the iPhone in capabilities and power. Even typical smartphone-induced behavior patterns already existed – think of the BlackBerry addiction many business people had long before the iPhone.

I would argue that the really transformational product was another one of Apple’s innovations: The iPhone app store. It was launched almost exactly 10 years ago in July 2008 with the iPhone 3G (which, confusingly, was the second generation of the iPhone). The app store was a remarkable change of strategy for Apple. When the first iPhone was introduced in 2007, Steve Jobs was very clear that third-party developers would only be able to create web-based applications that ran in isolation in the iPhone’s browser. The iPhone was designed as a closed system with no way to install third-party software. However, web-based iPhone apps were slow and extremely limited. Soon, a very active “jailbreaking” scene found found a way to install new software on the iPhone. There was a clear need for native third-party apps, and the app store provided the necessary infrastructure for those. It’s a testament to Apple’s ability to learn from market feedback – which back then was considerably stronger than it is now – that it changed course fundamentally after just 18 months.

It’s hard to remember how terrible smartphone software distribution was before the app store. While most phone platforms of the time — Blackberry, Nokia’s Symbian and Microsoft’s Windows CE — allowed for third party apps, the process typically involved downloading a program on a PC or Mac, then syncing the phone with the PC and manually going through an often complicated and mildly scary installation routine. There were some independent app marketplaces like the now defunct Handango, but the actual smartphone makers didn’t provide a default way to find software. It was a slow and painful process, so must smartphone users never added third-party software to their devices.

The app store by comparison was a miracle of usability. It provided a quick and easy way to find, buy and install apps, encouraging users to add more functionality to their devices. 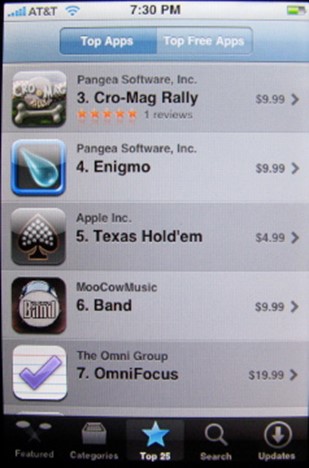 The original app store on the day of its launch, back when people still paid upfront for apps

Making software for smartphones wasn’t a particularly attractive business before the app store arrived. You had to deal with multiple platforms that often provided only very clumsy development tools. You had to deal with distribution yourself, often running your own website and working with multiple distributors. And monetization was a problem, since so few people bought phone apps in the first place. There were industry attempts at solving some of the technical challenges, such as Java 2 Micro Edition, but apps based on this technology were typically slow, buggy and had awful UIs.

With the app store, Apple did much more than just providing a marketplace. It gave app developers a rich software development kit (SDK). It provided a well-structured process for app verification and distribution, assuring quality and reliability (often to the detriment of developers whose apps were rejected by Apple’s picky QA department). And, most importantly, it enabled developers to charge for phone software very easily, which made Apple’s hefty 30% cut a bit more bearable.

Combining the pent-up demand and the latent supply for apps in such a seamless way led to an explosion in smartphone software. The app store launched with just about 500 apps, and a year later it already offered 50,000. Now, a decade later, well over two million iPhone apps are available on Apple’s app store, and about 3.6 million Android apps on Google’s Play store, which tends to have less restrictive quality rules.

Like so many great innovations, the app store seems to be a fairly obvious idea in hindsight. But it clearly wasn’t. It was a breakthrough that was quickly copied. Within months, all of Apple’s competitors launched their own app stores for their respective platforms. Nowadays, app stores are the dominant mode of software distribution on all computing platforms.

The sudden ease of adding functionality with apps kicked the mainstream adoption of smartphones into high gear. With its iconic “There’s an app for that” campaign, Apple capitalized fully on this trend, pointing out how useful an iPhone could be thanks to countless third-party apps.

The results were dramatic: Last year, app developers made a combined revenue of about $26.5 billion on the app store, according to Apple. Even more impressive is the change in end user behavior: 2.6 billion people globally now own a smartphone. According to eMarketer, smartphone users spend an average of 3.3 hours per day on their devices, up from 0.3 hours in 2008. Smartphone usage has become so massive that Apple and Google are now introducing new features to help users reduce their time spent staring at their phone.

The app store is a fascinating case study in two ways:

First, not even a creative genius like Steve Jobs was able to see how crucial third-party apps would be for a product like the iPhone. But the story illustrates how the most effective innovators learn very quickly from market feedback and are not afraid to change their strategy radically when they see an opportunity.

Second, the app store shows how essential two-sided markets are for rapid adoption of new technologies. Only the countless third-party software vendors that the app store attracted turned the smartphone from a mildly useful appliance into a revolutionary universal computing platform. Interestingly, some of the most successful businesses that were enabled by smartphones built their own two-sided markets in a specific domain. Uber, Spotify, Yelp, Airbnb or Instacart come to mind as companies that changed entire industries thanks to this mechanism.

Again, it’s incredible how a seemingly simple idea like the app store enabled a complete change in consumer behavior and the creation of companies that disrupt industries – all in just a decade. The most dramatic drivers of innovation sometimes don’t look like much. 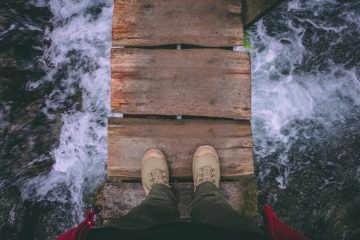 22 Things I Learned as a Tech Entrepreneur (The Hard Way)

At the beginning of this year, I switched to the other side of the table. I was an entrepreneur for almost 24 years, and I recently took on a new role as a partner at Read more… 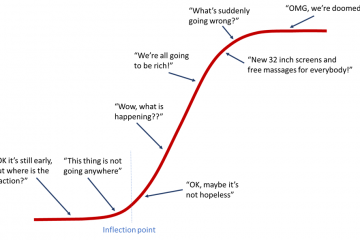 Why S-Curves Are Probably the Most Important Concept in Entrepreneurship

The world of entrepreneurship is full of buzzwords. We all want to found the next disruptive game-changing hot startup, leveraging our first-mover advantage in deep tech by thinking outside the box, just before pivoting (in Read more… 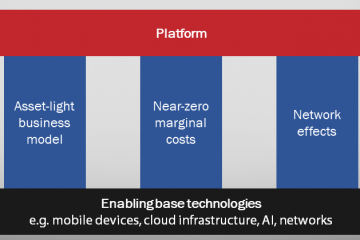 Apologies for the slightly clickbait-y title. But it’s true: Everybody wants to build a platform – the term has become inflationary in startup and innovation circles. That’s understandable because successful platforms are amongst the most profitable Read more…